A Book Review by Morzant the Alien 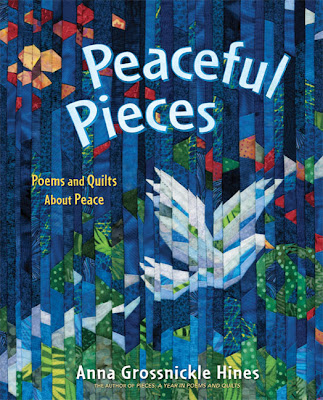 Zulko, humans. You know that I know that Earth is a wonderful planet inhabited by wonderful beings. In fact, some of my best friends are from Earth. So please don’t take offense at my observation that Earth is a perilous place. It’s a given that every planet presents its inhabitants with a variety of natural disasters that frequently prove hazardous to the existence of its inhabitants. Earth has tornados, earthquakes, volcanoes, and tumbleweed; Zeentonians contend with tumblartons and isochronous varcoosiots, among others. However, the tribulations caused by your so-called Mother Nature aren’t what I’m referring to. Rather, I couldn’t help but notice the threat Earthlings pose to each other. Taken as a whole, you really can be quite a violent bunch.

I don’t mean to be judgmental. Periods of unrest are hardly absent from Zeentonian history. Many a calculator was slammed down in extreme agitation during the The Great Math War, the tense afternoon centuries ago during which a faction of arithmetical radicals attempted to disprove Porzatomia’s Fourth Rule of Ebeezitan Equations. And, of course, there was the Aeon of Perturbation when a schism between Zeenton’s theoretical and empirical mathematicians resulted in the theoretical mathematicians devising complicated strategies for destroying the empirical mathematicians’ territories. Thankfully, those malevolent plans were never implemented.

Zeenton indeed experienced tumultuous times, but since then relative harmony has pervaded my home planet. I tell you this not to gloat, but as a way to introduce an Earth book I recently read. PEACEFUL PIECES: POEMS AND QUILTS ABOUT PEACE is a picture book collection of poetry that I believe Earth’s residents would do well to examine.

The author’s biographical information fails to state if she is native to Earth, but I assume she is. Unless one has spent considerable time in an environment deficient in peace, how could one write with such earnest yearning for its arrival? Her poems are written in a variety of formats and lengths. They exude hope for the peace that can be achieved on Earth when anger and petty disagreements are given over in favor of forgiveness, acceptance, and empathy. (Such was the healing route taken by Zeenton’s warring theoretical and empirical mathematicians.)

An aspect of this book I especially appreciated was its use of homophones, a literary term I was previously unfamiliar with. Homophones are words that sound alike, but have different meanings. “Peace” and “piece” are homophones. In this book, “peace” encompasses not only an absence of enmity, but also a being’s state of inner calm and a quiet physical space for contemplation. The “pieces” mentioned in the title can refer to the book’s individual poems as well as the bits of fabric the author assembled to create the unique pictures that complement her poems. She literally pieced together materials of different colors and shapes and artfully stitched them together into illustrative quilts.

Reading this book, ruminating over its captivating artwork, and considering the included short biographies of some of Earth’s well-known endorsers of peace truly eased my urge to seek revenge against Norman who tricked me into wasting three weeks on a study of the transformation of fireflies into fire ants in the light of day. If you find yourself similarly misused, I suggest you read this book until your rage subsides. Furthermore, you might consider writing your own peace poem as I myself attempted as part of the poetry subset of my studies of Earth literature.

Experiment 808.12: Can an onset of hostility inspire the creation of a poem?

I’ll get you back.

Conclusion: I’m uncertain as to the quality of the poem, but writing it helped tamp down the resurgence of irritation that occurred when Norman visited my lab anew to request I give his entirely invisible, incredibly shy brother a tour. Two hours and several demonstrations of the tensile properties of Rice Krispies Treats later, Norman informed me he has no brother.