Three Minutes by the Sea

Write for three minutes about this photograph. 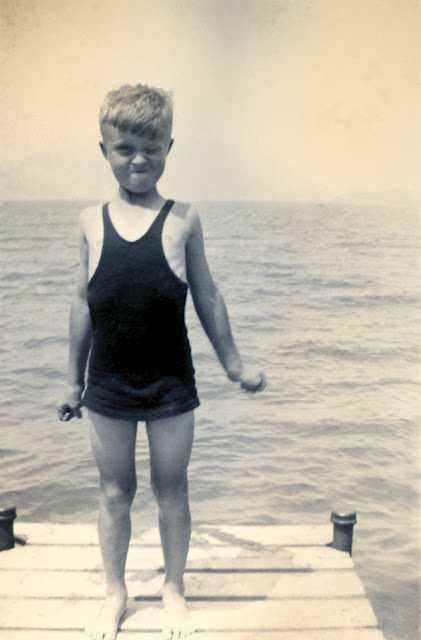 Email what you wrote to woof at bright dot net by the end of the day February 26 (put “Norman Never Spits When He Talks” in the subject line). I’ll post as many of my favorite entries as I want next Monday. Include your first name (or, even better, use a pen name) and age (unless you’re tortoise-old). If you’re a published writer, include a biography to be posted with your entry.

Edith was walking through the park when she came upon a small creature. She has always been curious, so she squatted down to see it more closely. To her surprise, he looked up at her and talked.

“Hello,” Edith replied. She was embarrassed for staring and wanted to seem polite. “I’m Edith. Who are you?”

“I’m Nicholas, the Nimble, Nearsighted Naglebury Newt.” He smiled, proudly, and stuck out his little chest.

Edith saw a park bench near by and went and sat down. Quickly, Nicholas zoomed over and scaled the bench to sit next to her. Actually, he was sitting on the top of the back of the bench. She was happy he did that. She could see him better.

“Well, you certainly are nimble. I can see that,” Edith said. Nicholas seemed flattered. “As for nearsighted…how do you know?”

“Ah. Well, I can’t see far away. It’s because of this broad forehead, you see, and my cone-shaped head.”

“Hmmmmm…yes, it is quite cone-shaped,” Edith replied. Nicholas didn’t notice the slight crease that appeared on Edith’s own broad forehead. A clear sign that she has started thinking. “And Naglebury? Where is that?” She asked.

“Oh! It’s on the west side of the park! We have a large family there!”

“Oh, that’s nice!” replied Edith. She squinted up into the sun, not blocked out by trees on this side of the park.

“I suppose you have lots of bugs to eat there?” she asked.

“Oh, I’m vegetarian. I would rather stay away from bugs. Sure, I have a cousin or two that may go for some insect or even a mouse, if hungry. But, not me.”

“That’s very healthy of you. I suppose that explains your beautiful green stripes.”

Nicholas laughed. “I have never thought of it that way. Maybe! I was just born with these.”

“And such lovely scales…” added Edith.

Nicholas paused. He looked down. “Um…well, thank you, I guess.” He was quiet. Edith supposed he looked troubled, as far as she could tell.

“I’m sorry. Did I offend you?” she asked, troubled.

“Well I like to think of my skin as soft, not scaly.” He mumbled. Edith saw the problem.

“Nicholas, I wonder…are you really a newt? I mean, I am sure your family is wonderful…but you seem a little more like a skink to me.”

Nicholas hung his head down and mumbled.

“I’m sorry, could you repeat that?” Edith asked.

“I don’t want to be a skink. When I was little…the others used to call me ‘Stinky Skinky.’ I decided to become a newt.”

“But Nicholas, you are who you are. You should be proud of being a skink. You are long and colorful and nimble. You have a beautiful cone-shaped head. You can be out during the daytime instead of night. And you can be away from water! These are not things to be ashamed of, Nicholas.”

“Oh. Well, you’re right. I suppose I should be proud. And I guess I should use the name I was born with.”

“Oh! Nicholas is not your name?” Edith said, with surprise. “What is it?”

“No, I used Nicholas because it sounded good with ‘newt’. My name is…” he swallowed. “Um…my name is…Kevin.”

“So there you go!” Exclaimed Edith. “You are Kevin, the nimble, nearsighted Naglebury skink.”

“Actually,” said Kevin, “I can see quite well.”

It came down to just two teams, the Nimble Nearsighted Naglebury Newts versus the Clumsy Cross-eyed Castlebury Chameleons.

The final tiebreaker was a Lizard Leap Dance Off. The Newts approached the dance floor with a quiet confidence and took their place, then kept shifting position as they squinted down at the floor.

Whereas the Chameleons bumped and knocked tables and chairs, judges and one little old iguana’s cane out from under him in an effort to reach just the dance floor. One Chameleon accidentally tripped another, causing him to fall flat on his face as the others took their places.

The Chameleons turned and gave the Newts a sneer, but the Newts mistook it for a smile and one of them waved a friendly hello, making the Chameleons even madder and gesture rudely in the Newts direction, prompting one of the Newts to comment how nice those Chameleons must really be.

“Let the dance off begin,” bellowed the emcee, a distinguished looking Komodo dragon in a top hat and tail. He signaled the music to start with a flick of his tongue.

The Newts, in sync, moved gracefully, effortlessly from one dance step to the next. The crowd cheered them on. Joie de vivre vibrated from each Newt creating a magnetic effect on the audience.

The Chameleons were not as coordinated, but where they lacked in grace, they made up for in energy. They slipped on their backs, lifted themselves up with their tails and flopped to the floor in a rippled pattern like dominos, their skin flashing different neon colors with the beat of the music. The crowd cheered them on, too!

It was going to be a close dance-off. The judges appeared undecided. Who would win? Who would take home the top prize at this years’ 5th Annual Lizard Leap Festival?

The music stopped. The crowd went wild, cheering and throwing roses on the dance floor. Both the Newts and Chameleons put everything into their dance. Their chests heaved in an effort to catch their breath.

The Komodo dragon, who had been conferring with the judges, approached the dance floor. He raised one scaly palm to the crowd. An anticipated hush fell over the audience. Newt’s eyes squinted. Chameleon’s eyes shifted, one and then the other. Everyone held their breaths.

The Komodo dragon flicked his tongue and said in a booming voice, “And the winner of the Lizard Leap Dance Off is…”

Nice. I love a cliffhanger. Until next time, be good. And whatever you do, watch out for that rattlesnake I saw hanging around your…