Three Minutes with an Antsy Entomologist

…an entomologist who is secretly afraid of ants…

Email what you wrote to woof at bright dot net by the end of the day March 25 (put “Norman has a Winning Smile” in the subject line). I’ll post as many of my favorite entries as I want next Monday. Include your first name (or, even better, use a pen name) and age (unless you’re tortoise-old). If you’re a published writer, include a biography to be posted with your entry.

Here is an entry from last week when I asked you to write for three minutes about what’s happening in these photographs. 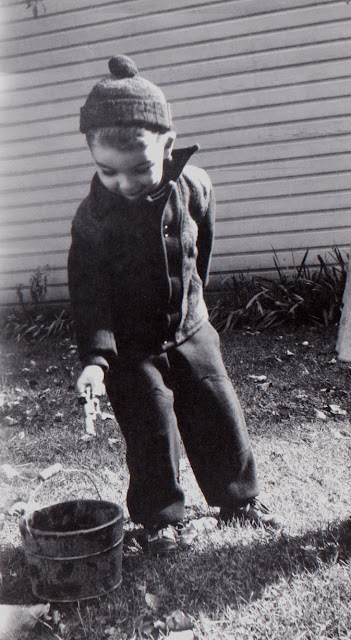 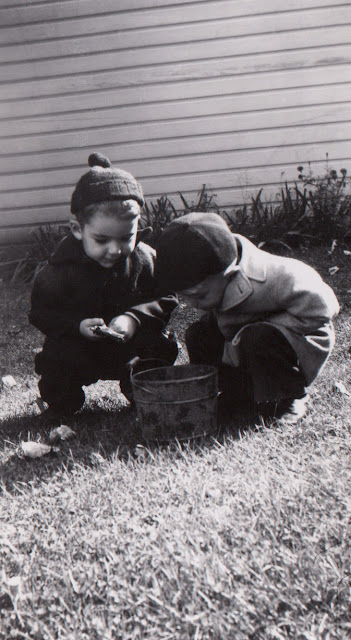 “Dad said something is easier than shooting fish in a bucket,” Harry said.

“You won’t. I will be doing the shooting,” Harry corrected.

“I don’t want you shooting Sharkie either. Let’s use something else.”

Tom and Harry thought for awhile.

“I have an idea,” said Tom. “You grab your gun and the bucket and meet me outside!”

Harry did what he said. He ran to the cellar and found a bucket, grabbed his gun, hat and coat from his room and ran outside. Tom was waiting for him with a bag of crackers shaped like tiny orange fish.

“Okay, now put some water in the bucket,” Tom ordered.

“Why do we need to do that? We are only pretending to have fish,” Harry whined. Even as he said it, he carried the bucket to the spigot on the side of the house and filled the bucket halfway with water. He was beginning to regret bringing up what Dad said in the first place. His brother Tom was only one year older but always took the roll of boss even when something was Harry’s idea. Harry brought the bucket back to where Tom was standing in the warmth of the afternoon sun. They were happy for this last bit of sun before fall turned to winter. Tom took a handful of fish crackers and dropped them in the bucket. They floated.

“Okay, now go!” Tom said. Harry took his cap gun out of his pocket and shot 3 times. Snap! Snap! Snap! The smell of sulfur wafted up from the gun.

“Did you get any?” Tom asked. They both crouched down and looked in the bucket. Some of the fish were still floating. A few had sunk. However, they didn't see any holes.

“I don’t think Dad knows what he is talking about,” Tom concluded.

Too funny! Can't wait to see what people come up with.

Would you say that you’re antsy to see the results?