The Third Meeting of the Cryptid Book Club 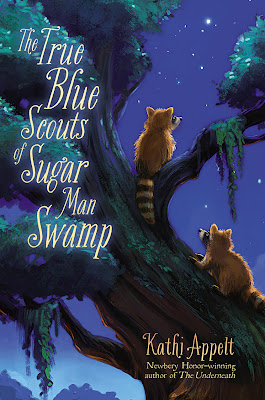 • Special guest Kathi Appelt was led into the room. Bigfoot removed her blindfold and directed her to sit at the head of the table. There was a loud phthbttt sound. Beverly put forth a motion to ban whoopee cushions from all subsequent book club meetings. Kathi Appelt seconded the motion. Morzant consulted the rules and determined special guests do not hold the power of second motioning. Violet then seconded the motion because she “didn’t want Ms. Appelt to be sad.” Book club members voted 6 to 2 in favor of allowing whoopee cushions in book club meetings.

• Previous meeting minutes reviewed: Brian Floca’s MOONSHOT: THE FLIGHT OF APOLLO 11 was discussed. Morzant struggled with the realization that humans have actually walked on the Earth’s moon. Bigfoot issued a book club meeting snack moratorium on gummy worms, gummy bears, and any other gummy derivation.

BIGFOOT: Thanks for coming, Kathi. Sorry about the whole blindfold thing. Though from your new book I can tell you understand cryptids are pretty guarded about their privacy, especially when getting together in groups.

KATHI: No problem. I also know that cryptids like to nap for long periods of time, and some of them have body guards, so sneaking up on them is not recommended.

BEVERLY: No kidding. Here’s a tip for you—never throw a surprise party for Bigfoot. You’d have thought he found a scorpion in his underpants.

BEVERLY: It’s an expression. My ears rang for a solid week.

BIGFOOT: Alright, alright. Let’s get talking about Kathi’s new book. Why don’t we each tell Kathi something we like about her new book. Who wants to go first?

VIOLET: I do! My favorite part is any part that has Bingo and J’miah in it because they are funny and I like how they are Swamp Scouts who have missions and how they have to wake up the Sugar Man because the swamp is going to be wrecked by the hog family and how the Sugar Man is the only one who can stop the hogs but he’s asleep and Bingo and J’miah are scared to wake up the Sugar Man because sometimes he gets cranky and when he gets cranky sometimes he throws people and snakes and alligators and other animals out of the swamp and Bingo and J’miah are scared the Sugar Man will get cranky and throw them out of the swamp, too, even though they are raccoons and not people or snakes or alligators. Ms. Appelt, can dogs be Swamp Scouts? I would like to be a Swamp Scout and climb trees to discover blinking stars and save the world and take naps in a cozy old car during thunderstorms. But I wouldn’t like the scary parts of being a Swamp Scout like getting “snip-snap-zip-zapped” by rattlesnakes or eating crawdads.

KATHI: J’miah is especially worried about becoming airborne because he is afraid of heights. As for dogs? I think that just the right dog could become a Swamp Scout, but it would have to be a dog who washes her food before she eats.

VIOLET: I wouldn’t want to wash my food before I eat it because washing food would get rid of all the good tastes on it and also I don’t like the taste of soap so I think maybe I don’t want to be a Swamp Scout anymore. Probably I should keep being a telekinetic puppy.

LENNY: I like Sweetums. Not because he’s a cat. I’m a dog and I don’t like cats. But Sweetums is funny when he talks in Catalian and the people don’t understand him.

OLIVER: I like how the storyteller talks to the reader and says things like tally ho and humdinger and yowzers.

PENNY: The character that wrestles alligators is—

BIGFOOT: That’s great, Penny, but I think Morzant has something to add. What was that interesting observation you made the other day, Morzant?

MORZANT: I found it curious that the rattlesnakes in the book could be lulled to sleep by a—

BIGFOOT: Not that. The other thing you wanted to ask Kathi about. Remember?

MORZANT: I don’t believe I do. What are you referring to?

BIGFOOT: We just talked about this. The mermaids in KEEPER? And now the Sugar Man in her new book?

BEVERLY: For crying out loud, do we really have to go through this whole “book club” charade? Kathi, Bigfoot orchestrated this whole meeting because he’s got it in his head that you’ve got some sort of cryptid fixation and he wants to know why.

MORZANT: Oh, yes! Now I recall. Bigfoot pointed out to me how your last novel featured mermaids and how your new novel also has cryptids. I would love to hear more about these clandestine creatures of the swamp. What are they called? Raccoons?

BEVERLY: Knock it off, Norman.

KATHI: Raccoons are very clever. I once had a whole family of them living in my chimney. But now that you bring it up, I’ve been wracking my brain over what kind of cryptid I could put in my next book. What about a mercoon? How cool would that be? A giant mercoon! A mercoon with a stripy tail.

LENNY: How about a mercat?

BIGFOOT: Kathi, I don’t know what Beverly is talking about. I just wanted to get the Cryptid Book Club started up again. And I had just happened to pick up your new book at the library. And I had just happened to hear you were in the area…ish. But now that you’re here and Morzant has brought it up, it would be kind of interesting to know why you keep writing about cryptids. But if you’d rather not talk about it, we could just look at these inkblots instead. What does this one look like to you? 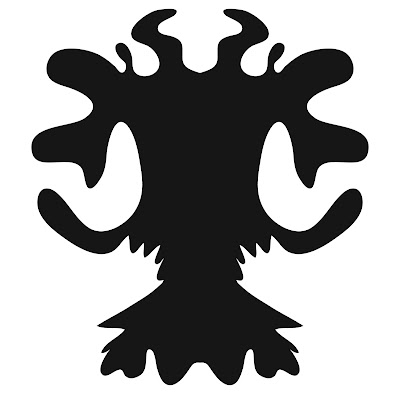 KATHI: Something FDR discovered in the wilds of Tanzania?

BIGFOOT: Huh. Okay, how about this one? 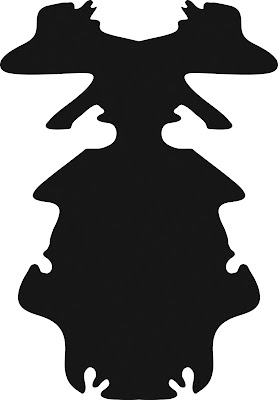 KATHI: A rhinoceros with a moose escaping from his head?

NORMAN: It looks like Morzant putting up a Christmas tree.

BIGFOOT: How about this one, Kathi? 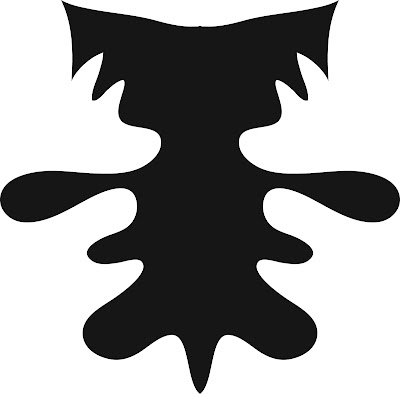 KATHI: The rare fossilized track of a pierannosaurus.

MORZANT: It actually bears a striking resemblance to Norman being eaten alive by a Zeentonian Hofzart.

MORZANT: If you’re endeavoring to delve into Kathi’s psyche, I recommend Sigmund Freud’s free association method over the Rorschach test. Kathi, if you’d care to pursue this further, would you mind telling me what first comes to your mind when I say, “Rice Krispies Treats”?

BEVERLY: There’s nothing fascinating about any of this. The better question is what’s behind the recurring theme of relocation in this book?

BIGFOOT: What are you talking about?

BEVERLY: Think about it. There are all these non-indigenous species in Sugar Man Swamp. The hogs originally came from Spain or somewhere. The sugarcane isn’t native to the area. Even Audie Brayburn came from someplace else before settling in the swamp. Did you move around a lot as a child, Kathi?

BEVERLY: I knew it.

BIGFOOT: Yeah, yeah. But what about the cryptids? Do you think you have an unhealthy resentment of skeptics?

MORZANT: Perhaps you subconsciously wish you could hide away from the world? Do you find you often shy away from photographers?

PENNY: Does the alligator wrestling represent your inner turmoil?

VIOLET: Maybe she just has a tummy ache. Did you eat any crawdads, Ms. Appelt?

BEVERLY: And what about the search for the ivory-billed woodpecker? What does it mean that they never find him?

VIOLET: Do you need a hug?

LENNY: Maybe talking to a cat would make you feel better. I wouldn’t like to, but you might.

PENNY: I’ve heard petting cats can be therapeutic. That and knitting. Do you knit, Kathi? Kathi?

BIGFOOT: Let me see. What is that?

PENNY: It looks like a rhinoceros with a moose escaping from his head.

MORZANT: Actually, there are some who believe the subconscious can be revealed in such absent-minded compositions. For example, note this region where a jagged line overlaps this grouping of balloon-like loops—oh, dear.

MORZANT: I know it’s atypical for me to say, but perhaps some mysteries are better left unexamined.

BIGFOOT: Definitely. Besides. It’s like Beverly said. It’s just a bunch of squiggles. They don’t mean anything. I’m sure Kathi just likes writing about cryptids because we’re so charismatic. Right? Right. No question. None at all. Nope. Is there any pie left?

• Bigfoot escorted a blindfolded Kathi Appelt from the meeting location.

I want to come to a book club meeting! I will even bring a surprise snack! And I really want to read Kathi's new book!