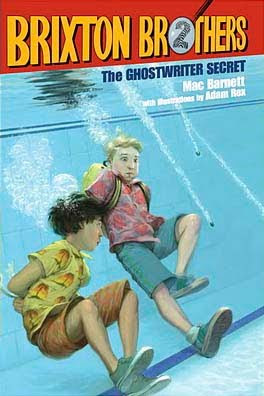 Disappointment is a fact of life. Sorry, but there it is. It comes at us from all directions. The teacher assigns math homework over a three-day weekend. A favorite TV show is preempted by a political debate. The best incentive for getting out of bed this morning—a glazed donut—turned out to be stale. And, worse than all those combined, the book sequel you’ve been looking forward to all year is a letdown.

I have a name for that last one. I call it Sequel Anticipation Deflation or SAD*. Here’s how it works:

You read the first book in a series. If you had known how good it was going to be, you might have waited until the rest of the series was published before reading the first book. That way you could read the entire series at once. But you didn’t know. How could you? It’s not every day you happen to pick up one of the best books you’ll ever read. But, too late now. You’re going to have to wait at least a year to read the sequel. And that’s if you’re lucky. It could be even longer. Great. Just great.

It’s a long year waiting for that sequel. True, there are other books. A lot are good, a few are great, but none are quite as satisfying as that book you read by chance, the first in a new series. The next best hope for a repeat of that perfect reading experience is that book’s sequel.

While you’re waiting, an early release of the sequel’s cover taunts you. You curse the author who, during that year, publishes books not related to the series. How dare he write anything else while you’ve been waiting, waiting, waiting!

Finally, it’s here. Book release day. You’ve endured the ultimate test of patience and your reward is at hand. Your expectations are high—they’ve had a year to build—and as you finally hold the sequel in your greedy little hands, you barricade yourself in your room, settle into your bean bag chair, and read. And read. And read…and…are you kidding me? Is this it? A entire year of waiting for this?! It’s nowhere near as good as the first book. Not even close. Is this even written by the same person? Whoever wrote this doesn’t seem to know anything about the first book’s plot or characters. Just like that—whooooosh. All the excitement you carried while waiting for the sequel rushes out of you like air from a balloon.

And yet, even though I’ve suffered SAD many times, I couldn’t help but be excited, really excited, about the release of the second book in the Brixton Brothers series. If you’ve checked out the MEET THE CRYPTIDS section of this blog, you know THE CASE OF THE CASE OF MISTAKEN IDENTITY by Mac Barnett (Simon & Schuster, 2009), the first Brixton Brothers book, is one of my favorite books. I’ve been looking forward to THE GHOSTWRITER SECRET (2010) from the second I closed the cover on Steve Brixton’s first case.

Turns out I didn’t have to worry about SAD anyway. THE GHOSTWRITER SECRET is just as good as THE CASE OF THE CASE OF MISTAKEN IDENTITY. Like the first book, THE GHOSTWRITER SECRET is funny. It has action. It has danger. It has a mystery with twists and surprises. It has awesome illustrations by Adam Rex. There’s a jewel robbery, fishing net-throwing and gun-toting thugs, arson, and a car chase. Plus, the good guy gets to punch the bad guy in the solar plexus.

If you haven’t read the first Brixton Brothers book, what are you waiting for? You’re in the enviable position of being able to finish the first book and start in on the second book without having to wait a year like I did.

If you have read the first book, you know all about how the main character, Steve Brixton, is obsessed with the Bailey Brothers Mysteries. The Bailey Brothers Mysteries are a series of fifty-eight novels starring Shawn and Kevin Bailey, adventurous brothers with a knack for solving crimes. Those books are Steve’s inspiration to be a detective and THE BAILEY BROTHERS’ DETECTIVE HANDBOOK is his instruction guide. It teaches him everything a detective needs to know, like how to decode the tattoos of villains and escape from kidnappers.

THE GHOSTWRITER SECRET begins with Steve starting his own detective agency. He’s all set with his Brixton Brothers Detective Agency business cards, bedroom-converted-to-crime-lab crime lab, and cocoa powder to dust for fingerprints. Thanks to the article in the newspaper about his first mystery-solving success, he’s getting some clients. He’s thrilled when MacArthur Bart, author of the Bailey Brothers Mysteries, contacts him for help. When Steve goes to meet MacArthur Bart, he discovers his hero has been kidnapped.

Doing his best not to involve the local police, including his mother’s annoying policeman boyfriend, Steve sets out to find MacArthur Bart with assistance from his best friend and very reluctant partner, Dana. All the clues necessary to solve the mystery are revealed to the reader, mixed in with a lot of funny moments and action-filled scenes. If you’re like me, you won’t guess who the true criminal is before Steve does. That’s okay, because it’s still fun to see the clever and surprising way all the clues fit together as Steve explains it all. But who knows? Maybe your detecting skills are better than mine and you’ll have it all figured out. Show off.

Now that I’ve finished THE GHOSTWRITER SECRET, I have begun my long, agonizing wait for the third Brixton Brothers book. Which brings me to this, my plea to Mr. Barnett and his friends and family.

Whenever you consider taking a break from writing to go to the movies, floss, weed your garden, or sleep, won’t you please remember the kids anxiously awaiting the next Brixton Brothers book and get back to writing? Think of the children, Mr. Barnett, think of the children. And me, Bigfoot, your biggest-footed fan.

To the friends and family of Mr. Barnett:

Please don’t distract Mr. Barnett with phone calls, visits, or invitations to Thanksgiving dinner. Thank you for your cooperation.

I liked the book because it was crazy and adventurous. I couldn't put the book down. ( my Mom made me thought at bedtime)Steve is smart kid but I like Dana better because he is a normal kid like me.