Tuesdays with Morzant: Getting to Know a Reader 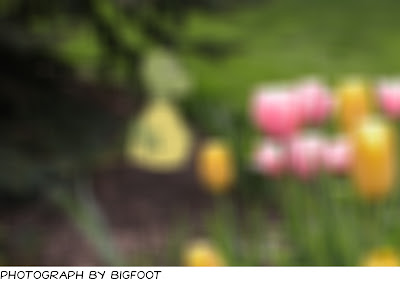 MORZANT: Zulko, humans. Today we’re going to get to know more about Norman and talk to him about what he likes to read. Hello, Norman.

NORMAN: Hey, Morzant. Before we get started, could we clear the air?

MORZANT: Whatever do you mean?

NORMAN: The tension between us. I think we should talk about it.

MORZANT: I assure you, I don’t know what you’re referring to.

NORMAN: I just want you to know you don’t have to worry. I’m a vegetarian.

MORZANT: That’s an interesting fact I didn’t know about you, but what does your vegetarianism have to do with our friendship?

NORMAN: I would never eat you.

MORZANT: If you are implying, again, that I am a google-eyed amphibious Earth creature, let me remind you that I’ve told you seventy-three times that I am not. I’m a being from the planet Zeenton.

NORMAN: I don’t believe in aliens. I’ve told you that. Seventy-three times.

MORZANT: I showed you my ship.

NORMAN: And it’s really cool. Did I tell you I made a go kart in Turtle Scouts? Its engine isn’t gravitationally whatever-you-call-it, but I took first place with it in the Chelydridae 500.

MORZANT: I flew you to Jupiter!

NORMAN: I said your go kart is really cool.

MORZANT: You said you’re a vegetarian.

NORMAN: Uh, right. I just meant that it’s easier to sneak up on them when, uh, we’re, uh, playing tag. Together. Yeah, frog tag. My favorite thing to do when I’m not reading is play frog tag. What was the question?

MORZANT: Nevermind. It seems that many readers have affection for the books they loved as young children. Do you remember any special books from the time when you began to read?

NORMAN: There was a book I carried with me everywhere. It didn’t have any words. The story was told totally with these great drawings.

MORZANT: Do you remember the title?

NORMAN: A BOY, A DOG, A FROG AND A FRIEND by Mercer Mayer.

MORZANT: I’m not familiar with that one.

NORMAN: The friend in the title is a turtle. And at the end, the turtle—

MORZANT: I'd rather not know what the turtle does at the end of the book. If you don’t mind.

NORMAN: He doesn’t eat the frog, if that’s what you’re worried about.

MORZANT: I’m not at all interested in what the turtle did or did not eat at the end of that book.

NORMAN: Are you sure? You seemed to think that’s what happens. And you seemed pretty upset about it. Especially for someone, you know, who isn’t a frog.

MORZANT: It is possible to be concerned about the welfare of a frog without being a frog. Moving on. How about other books you enjoyed during your formative years?

NORMAN: When I was learning to read, my mom gave me books that had just a few words on each page.

MORZANT: Do you remember any in particular?

NORMAN: My favorite was FROG AND TOAD ARE FRIENDS by Arnold Lobel.

NORMAN: Of course, eventually I wanted to read longer books. I had a big book of fairy tales. I must have read THE FROG PRINCE a zillion times.

NORMAN: Those are listed in the MEET THE CRYPTIDS section of the blog. There's a new book I’m excited to read. It just came out at the end of August. It’s called THE FANTASTIC SECRET OF OWEN JESTER by Barbara O’Connor.

MORZANT: Intriguing title. What’s it about?

NORMAN: I’m not exactly sure, but there’s something in it about a bullfrog. There’s a big, fat, juicy one on the cover.

MORZANT: I think that’s enough discussion about books. Why don’t you share with us your favorite place to read?

NORMAN: I have trouble reading in a place that’s too quiet, so I sit down by the creek. I like the background noise of trickling water, leaves rustling in the wind, and croaking frogs.

MORZANT: This is really too much, Norman.

MORZANT: All this frog talk!

NORMAN: Have we been talking a lot about frogs? I hadn’t noticed.

NORMAN: Sorry about that. Let’s talk about something else. Bigfoot and I were down by the creek yesterday taking pictures. Want to see?

MORZANT: All blurry. I still need to pinpoint the cause of his photography impediment. Did you capture any clear images?

NORMAN: Yeah. After Bigfoot left, I did get a nice shot of a toad. Here.

MORZANT: It’s a lovely photograph, but you're mistaken. That’s not a toad. It’s a—

NORMAN: What? What is it?

NORMAN: Really? I can’t tell the difference. I’m not surprised that you can, though. You know what they say.

NORMAN: It takes one to know one.

Good-bye for now, humans. This concludes another interview. Please come back next week when I hope we will have a more serious discussion of books and reading.

And, for the seventy-fourth time, I am not a frog.